Creepy Tales on the Tube...

Halloween has finally arrived, and with it an endless supply of haunted television programming.

Today, That's Life with Robin Swoboda took a look at northeast Ohio hauntings. I was fortunate enough to be contacted by the producer who wished to interview me on camera about a local haunt: "Hell Town", better known as the village of Boston in the Cuyahoga Valley. In two separate segments, I talked a little about the history of the area and its rumors and ghosts.

The program was filmed live at Squire's Castle. Tales of Gore Orphanage and the Melonheads were relayed by the denizen of the departed, Stephanie Lane of Dead Ohio, and the crypt kicker himself, Chuck Hawley of Creepy Cleveland, respectively. Also featured on the show were Robyn Morris, innkeeper of Goodwin House Bed & Breakfast in Burton, as well as people from Painesvile's Rider's Inn and Perkins Mansion in Akron among others. 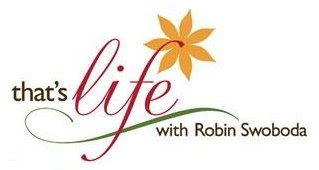 To view clips of the show, visit Fox 8 Cleveland's 'That's Life' page. Video clips will be viewable for the next seven days.

Have a safe and fun Halloween, everyone!
Wailed by Ken Summers as the bell tolled 12:49 PM

GREAT interview! Nicely balanced as always in your presentation!

You were great, Ken. Looked good and sounded good!

I didn't get to see you on TV, but I heard WRP on the radio the other morning. They did terrific! You must be so proud to be a member of such a great group!

Ken Summers
Cleveland, OH, United States
Ken Summers has been a paranormal researcher since 1995. What began as a search for local hauntings became Haunted Cuyahoga and Queer Paranormal. He is an author, historical researcher, and contributor for Who Forted? Magazine. In his spare time, he writes, socializes with friends, daydreams, plots his great permanent escape from Ohio, and tries his best to avoid leading a dull existence.

The views and opinions expressed in this blog are solely those of the author. Any endorsements of any products or services herein are at his discretion and whim. The use of any copyrighted materials for the purpose of review or criticism contained on this site falls under the Fair Use doctrine of US Copyright.
All graphics are the copyright of their respectful owners. If you own the rights to any image and do not wish it to appear on this site, please contact me via e-mail and it will be removed immediately.
External links contained on this blog may change without notice. If you notice any errors, please notify the author.

What are you looking for?

From Blog to Book...

Remember back in April 2008 when Spooked! started featuring interesting hauntings with a queer slant? Well your blog tour guide, Ken Summers, turned it all into a book released by Lethe Press! Be sure to check out your local or online bookseller and snag a copy today!

Also available on Amazon.com (as well as international Amazon websites) and in digital format!

-Did I miss something?
-Think you deserve a shoutout?
-Is there someone you know worthy of a little free press?
-Know of a haunted gay/lesbian business you'd like to share?
-Heard any rumors of gay/lesbian ghosts?

Just write me an email and tell me all about it!

The following is a brief list of some recurring topics contained in this blog:

Queer Paranormal Road Trips: Haunted Locations around the globe either gay/lesbian owned or having a gay/lesbian ghost.

Supernatural Spotlight: Brief highlights of some of the best, brightest, and lesser-known people from the paranormal community.